MILAN — Lawrence Steele bought his first Aspesi garment when he was a 22-year-old graduate from the Art Institute of Chicago and was cutting his teeth at Moschino in Milan. At that time, Franco Moschino was designing for the Milan-based Aspesi brand, which was established by Alberto Aspesi in 1969.

“It was a padded jacket, called Moschino,” said the American designer who, as the son of a U.S. Air Force officer, spent his childhood traveling across the world, from the U.S. to Germany and from Spain to Japan, with his family.

After working at Moschino and Prada and in 1994 launching his namesake line, now discontinued, Steele eventually landed at Aspesi with a job as a creative consultant, which he retained for 13 years until 2017.

“It’s very exciting to be back,” said Steele during an interview at the brand’s showroom in the center of Milan. “In this new role, I can express more of myself and this doubles up the challenge.”

Steele, an elegant man with an innate sense of style, perfectly reflects the very Milanese spirit of the brand, which transcends trends and the boundaries between genders to convey an idea of a discreet, chic lifestyle. 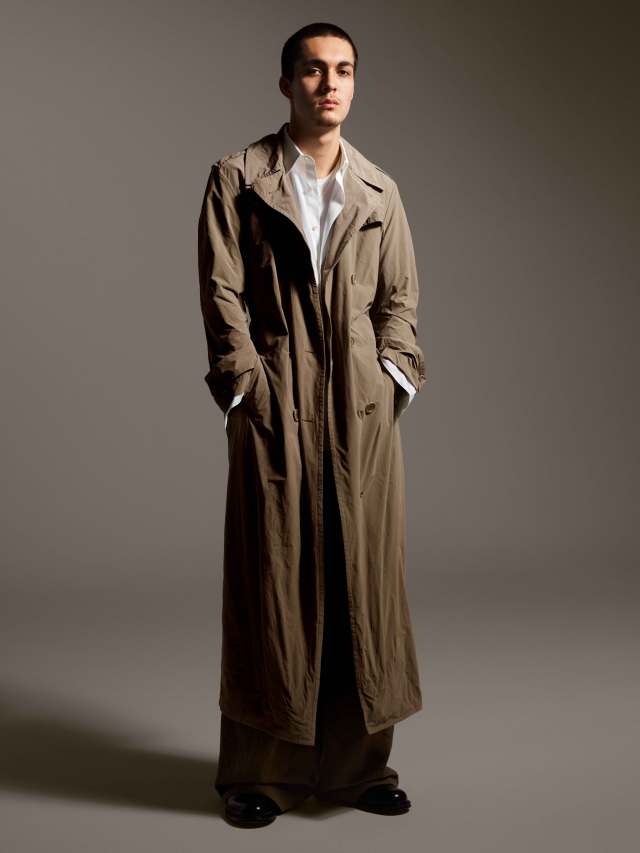 A look from the Aspesi spring 2022 collection.
Courtesy of Aspesi

According to Steele, the whole concept of Aspesi’s roots can be understood through a comparison with the Italian fixation with the art of cooking pasta.

“Here in Italy, people perceive the difference between a plate of pasta that has been cooked 30 seconds more or less. It’s about a culture of quality,” the designer said. “For me, Aspesi is all about that.”

In keeping with this vision, Steele prefers to use the word wardrobe, instead of collection, to define the brand’s lineups, which are conceived to offer men and women functional and refined everyday pieces that can fit different occasions of use. Uniqueness at Aspesi is not conveyed through quirky, unexpected silhouettes, but through a sense of familiarity made interesting with the use of special materials and treatments. For example, the brand employs a Japanese cotton fabric that is made using American looms from the ’50s, and an Irish linen whose peculiar texture is due to the uniqueness of the Irish water used to produce it.

In his new role with Aspesi, Steele has two ambitions: the first is to make the brand more available worldwide, even if “we want to stay niche, but appealing to a global niche;” the second is to reach new generations, while not forgetting about loyal consumers.

According to the designer, the digital world, from social media to e-commerce, can play a key role in growing the international visibility of the brand and reaching younger consumers. And he thinks that Aspesi, with its compelling set of values, has all the potential to resonate with new generations. “When we were young, we used to see the future as an empty box ahead of us, but if you look at Gen Z, you can already see so many different futures driven by technology, global awareness and political movements,” he said. “They really live in the present and we have to do the same.” 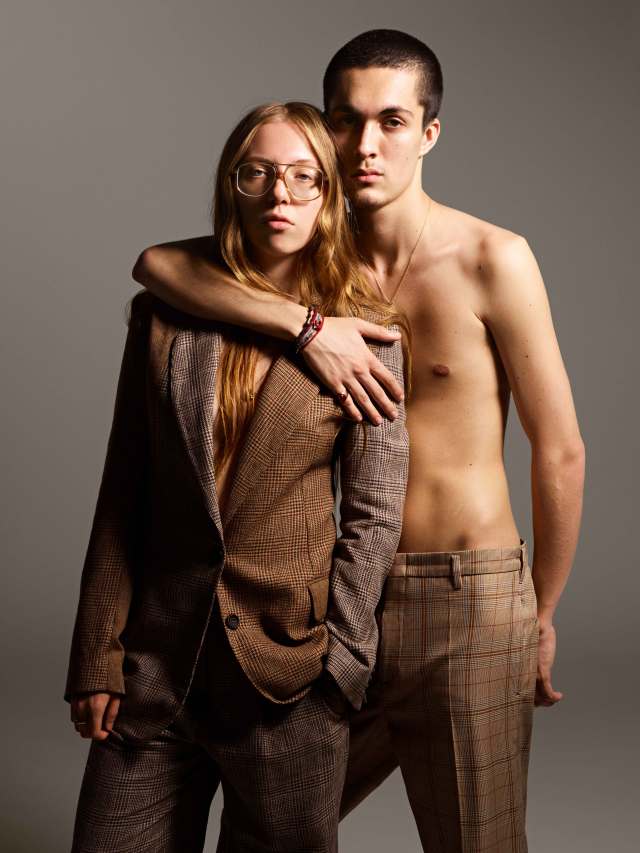 Aiming at offering a cross-generational fashion proposal, Steele started designing the spring lineup from one item, the trench, which with its utilitarian attitude has definitely an emotional link with the designer’s family background. In particular, the designer created a long and fluid style, which, echoing the construction of a shirt, is presented in a nylon garment dyed version with a languid feel.

“This item is quintessentially genderless,” said the designer, who for spring developed a wardrobe spanning from corduroy jackets with a late ’60s feel to more yuppie shirts, oversize cargo pants and canvas trousers, but also embroidered bowling shirts with a holiday souvenir-like spirit and jacquard knitted vests, available in two color options, “one more inspired by Bob Marley’s look, the other which reminds me more of Paul McCartney’s passion for bright colors,” Steele said. Formalwear is interpreted with a light hand, resulting in fluid suits crafted from high-end fabrics with a subtle iridescent effect.

“At the end, it’s all about proportions, volumes, colors — a mix of neutrals combined with pops of bright tone — and special fabrics,” said Steele, revealing the formula behind Aspesi’s signature recipe.