Home » Estefania de Monaco: This is how it was revealed who is the father of her third daughter, Camille 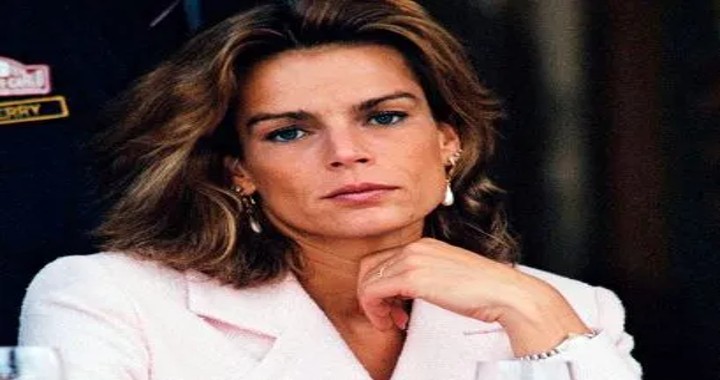 Estefania de Monaco: This is how it was revealed who is the father of her third daughter, Camille

As the youngest daughter of the late Prince Rainier and Princess Grace Kelly of Monaco, Princess Stephanie inherited her mother’s movie star charisma and striking beauty. Unlike her mother, however, Estefanía has had a somewhat turbulent love life. Not everyone can say they defied her father’s wishes, following her heart and refusing to comply with royal protocol.

Prior to her first marriage, Princess Stephanie  of Monaco dated several high-profile men, including racing driver Paul Belmondo, nightclub owner Mario Jutard, and actors Rob Lowe and Anthony Delon. Then came the “bodyguard” phase, followed by the “circus performer” phase: it’s impossible not to admire someone who refuses to do things by halves, and if anything, Estefanía embraced her self-imposed role as “royal rebel.” “.

In 1995, Princess Stephanie of Monaco married her former bodyguard, Daniel Ducruet, father of two of her children, Louis and Pauline. At first, Prince Rainier was horrified by the relationship, since Daniel was not only an employee, but his then-girlfriend was six months pregnant with his child. It wasn’t long before Estefanía also became pregnant, giving birth to her children “out of wedlock”, because Rainier refused to give her permission to marry Daniel.

But it has been said that Prince Rainier loved his new role as grandfather so much that he softened his heart towards Daniel, and that is why he finally allowed Princess Stephanie of Monaco’s wedding to take place. However, he insisted that Daniel sign a prenuptial agreement in which he relinquished custody rights to his children and promised to learn royal etiquette. Sadly, the marriage was made and dusted just a year later. What went wrong? Blame it on “Miss Nude Belgium” who caused the kind of chaos that only a woman with that kind of title could create.

Shortly after being officially accepted into the royal family, Princess Stephanie’s husband managed to mess things up when he was caught by paparazzi frolicking poolside with a Belgian stripper, the previously mentioned “Miss Nude Belgium,” and later that Italian magazines published the explicit photos of the former bodyguard with Fila Houteman. Estefanía had no choice but to divorce him, as the scandal was too much for the Monaco royal family. Daniel was not only banished from the palace, Prince Rainier also had him banished from Monaco.

But Princess Stephanie was able to pick up the pieces and move on, thinking that if it hadn’t worked with one bodyguard, maybe it would work with another. It is when Jean-Raymond Gottlieb enters the scene , a palace guard, who became Estefanía’s next boyfriend and the father of her daughter Camille De ella; although his relationship and identity was kept a secret until very recently, and was never officially confirmed. When Stephanie’s youngest daughter Camille was born in 1998, Gottlieb was rumored to be her father. However, the princess refused to name a father on her birth certificate.

This only added fuel to the buzz; Monaco royal watchers said that by not naming a father, Princess Stephanie was clearly trying to avoid the publicity she would draw from hooking up with another of her bodyguards. The identity of Camille’s father was recently confirmed by Camille on Instagram , where she posted photos with the hashtag #LikeFatherLikeDaughter. She also posted: “I’m sorry but my heart belongs to daddy.” Because Stephanie and Jean-Raymond never married, Camille is not in line for the throne, and she is considered to be the only Monaco royal who bears a strong resemblance to her movie star grandmother. Grace Kelly.