Paper magazine’s editor-at-large and columnist Mickey Boardman is many things, including an ardent royal memorabilia collector.

Books, commemorative dishes — you name it, he’s got it. But those regal collectibles didn’t just magically present themselves. The New York City troubadour trekked some miles and decades mining them from flea markets, used bookstores, antique stores and other outposts. Starting Thursday, Housing Works will unveil the Mr. Mickey’s Royal Estate Sale.

Anyone searching for a frisbee imprinted with Princes William and Harry are in luck. Ditto for “Crown Jewels condoms of distinction” with an image of Prince William and the Duchess of Cambridge. The one-day-only sale will take place at the Housing Works Bookstore in Soho. Boardman will be on hand and is keen to see “people, who are interested in royalty, be a part of it for a good price and a good cause, and give a good home to these pieces,” he said, noting that some of the Queen Mary and Duke and Duchess pieces are nearly 100 years old. 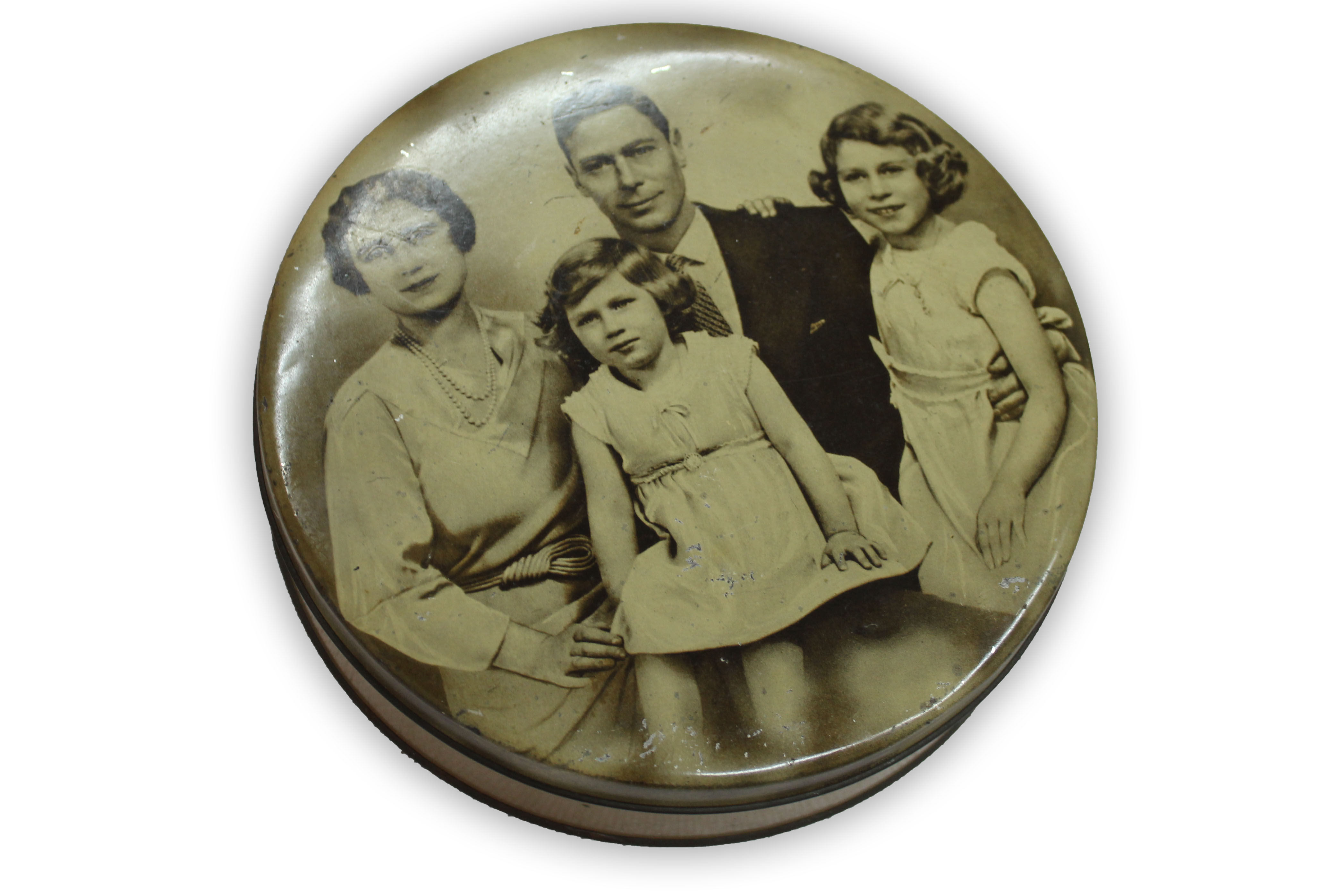 Aside from “the general love of pomp and jewels that every young gay has,” Boardman first got hooked on royals after reading a book excerpt in Vanity Fair about 25 years ago from Hannah Pakula’s “The Last Romantic” about Queen Marie of Roumania. “I really loved it and she was kind of a superstar of her time. Of course, I love history. I love pageantry. I love gowns. I love jewels. I am really attracted to history through the people who made it,“ he said. 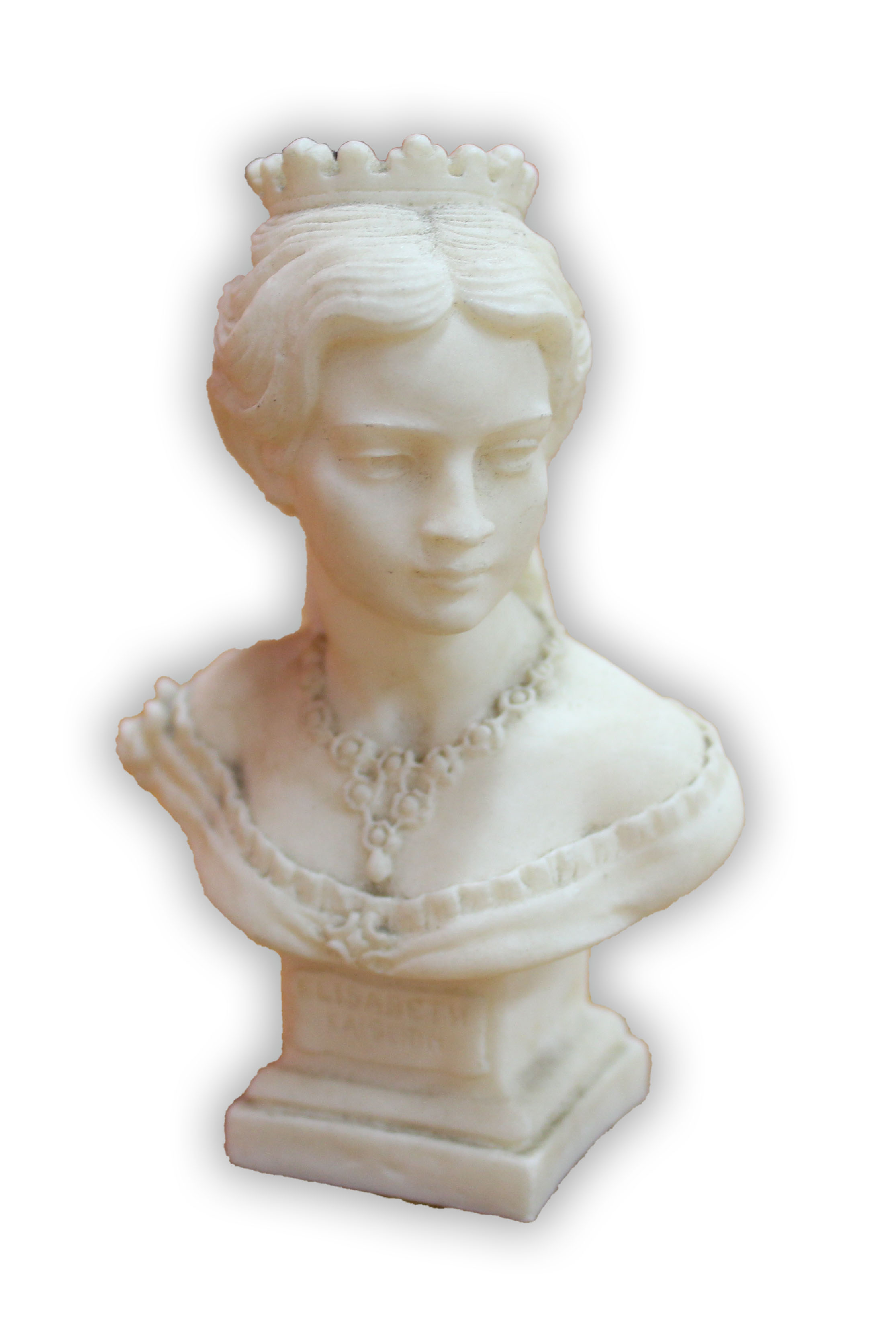 Boardman enjoys the hunt as much as the treasures that he finds.
Courtesy of Housing Works

As for the everlasting interest in royals of all kinds, Boardman said, “It’s really a soap opera and I personally am addicted to soap operas. Soap operas are dying but ‘The Crown’ is a soap opera. ‘Downton Abbey’ is a soap opera. Especially in America and in countries that don’t have royal families, we are addicted to the glamour, the pageantry and the history of it. In a way, it is something that we cannot relate to at all in terms of lifestyle. But at the same time, everybody has a mother who disapproves of their boyfriend or girlfriend. Everybody has a family member who says offensive things. There are situations that we can relate to with people we feel like are in the stratosphere behind us.” he said 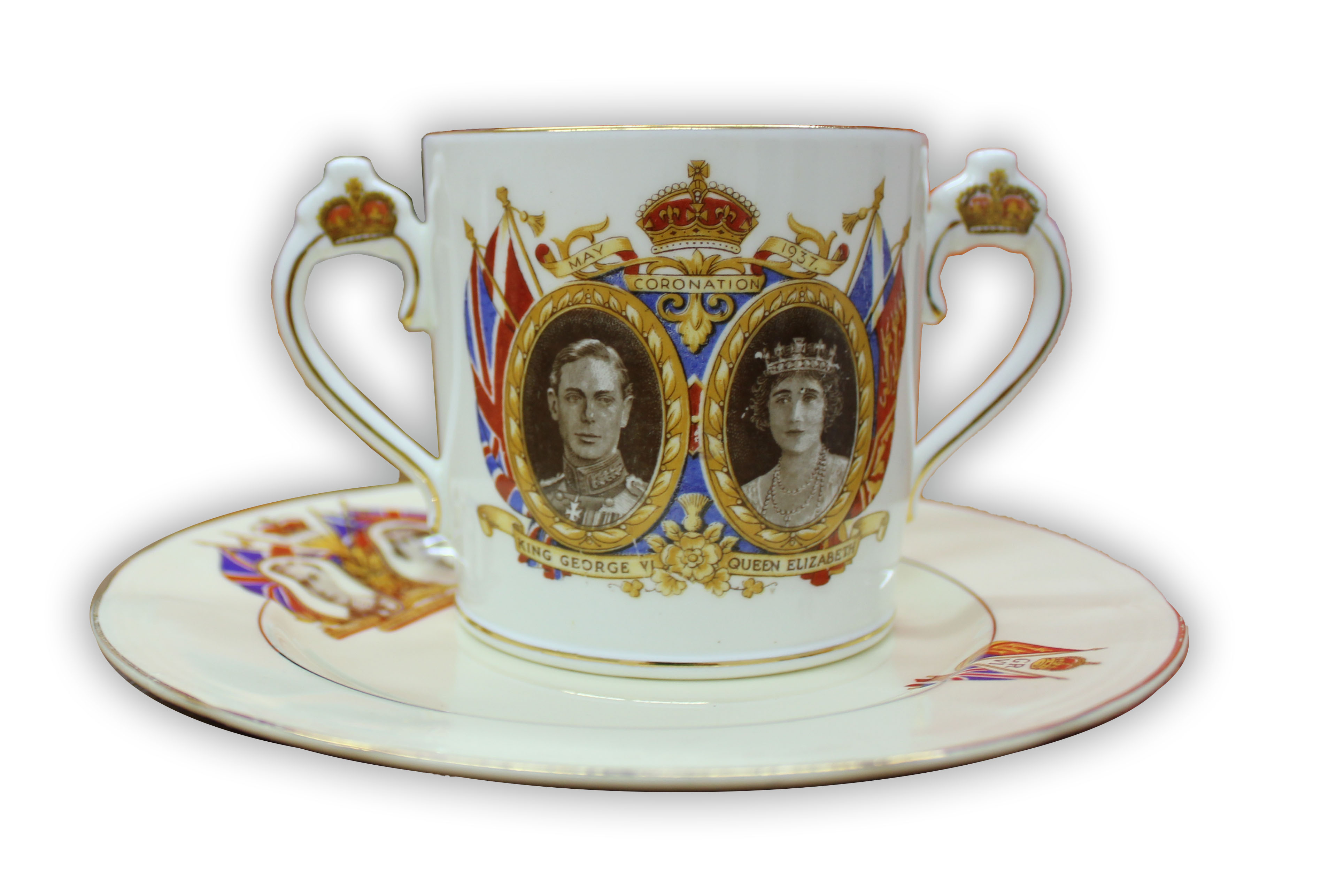 Commemorative cups and saucers are in the mix.
Courtesy of Housing Works

Starting off collecting royalty books in the pre-Internet era meant logging hours in dusty, old used bookstores, which admittedly are not Boardman’s favorite atmosphere. Finding them required “scouring the bibliographies in the back” until the onset of the Internet, which led Boardman to a Canadian royalty book dealer, who had almost every book Boardman ever wanted. “I was like, ‘Wow — the Internet is really amazing.” he said.

Vintage stores, flea markets and antique stores are frequent stops during his travels. His first royal purchase was a plate from 1957 in honor of Queen Elizabeth’s visit to America that Boardman found at a flea market on Grand Street (where a Jean Nouvel-designed building now stands.) “As like many shopaholic collector hoarders, which I am, I just loved collecting. One thing led to another and over the decades I have the most incredible collection of hundreds of things,” he said. 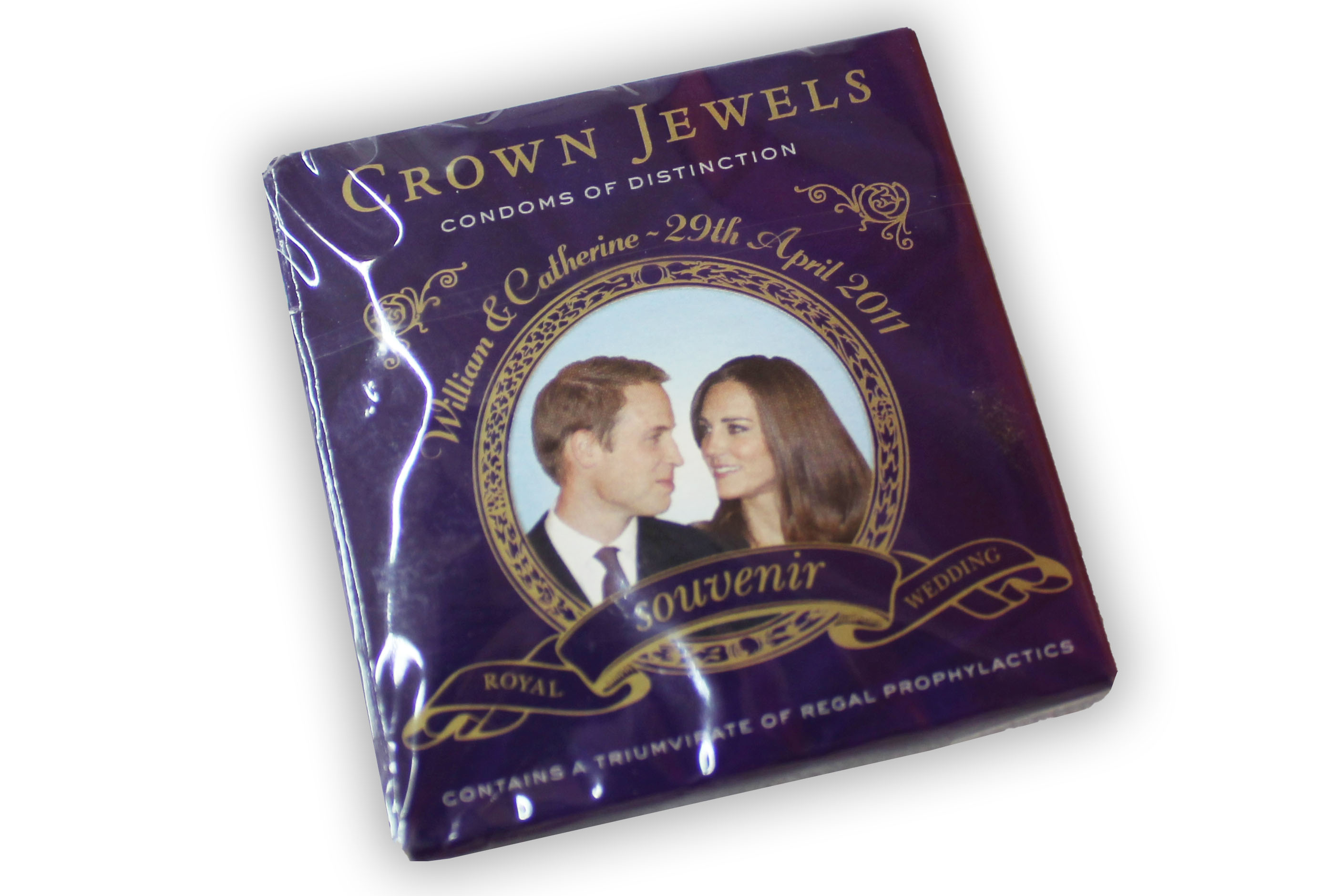 An item from Mickey Boardman’s collection.
Courtesy of Housing Works

This week’s purge with Housing Works still leaves Boardman with at least 100 dishes. Unlike most Americans, the English Royal Family is not his deepest interest. Give him Sweden, Romania, Bulgaria and the German states. Princess Astrid of Sweden, who married the King of Belgium and was “kind of the Princess Diana of her day, having died in a car accident at the age of 30 leaving behind three small children,” is a personal favorite.

Despite that, British royal keepsakes are the most readily available so Boardman has many King George VI, Queen Mary, King George V and Queen Victoria ephemera that he is parting with at the Housing Works sale. After Paris Fashion Week one season, Boardman trooped off to Bruges where he unearthed, “a ton of Belgian and Luxembourg royal family collectible tins from the ’20s onward. I literally bought a new suitcase to bring them home. Half of them are in the sale.” 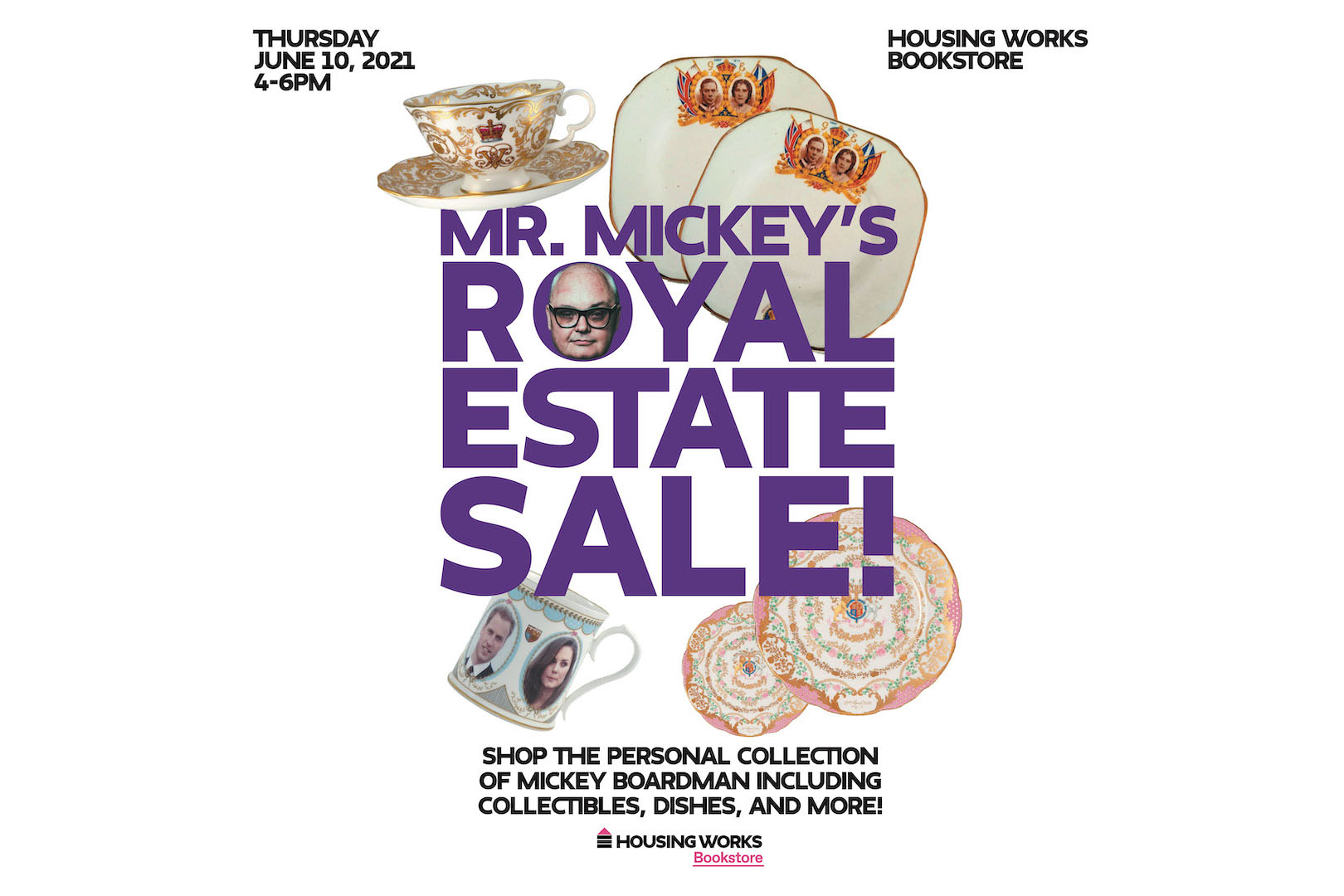 Boardman will still have hundreds of other royal-inspired items at home.
Courtesy of Housing Works

All in all, the hunt is as much of a lure as the treasures are. As for what constitutes a shopaholic, Boardman boiled that down to someone who can’t stop collecting: “The pandemic has taught me and my friends to learn to love the grocery store. I never went to a grocery store in my life before. I could spend hours in there. I go to several different grocery stores for different things. I could go into a hardware store and shop for flathead screws. I love the deep dive.

“Maybe it’s the consumer in me or the American in me. But I just love walking into any place and seeing lots of merchandise to make a story with and edit. Maybe it’s because I’m a magazine person but I like to collect my belongings the way that I edit a magazine.”