The Olympic Games are often as much about the fashion as they are about the sports, and the Tokyo Summer Games are no different.

This year, many heritage and emerging designers and brands have come out to support the athletes, sponsoring various countries’ uniforms that were seen at the Opening Ceremony on July 23 and creating capsule collections that honor the sporting event.

Several designers are marking their first Olympics ventures this year. Most notably, Liberian-American designer Telfar Clemens signed as the official sponsor for Team Liberia, creating a capsule collection that was debuted by the athletes during the Opening Ceremony.

Kim Kardashian West has also brought her entrepreneurial prowess to the Olympic Games as the official sponsor of Team USA’s undergarments, loungewear and sleepwear through her Skims fashion brand.

Here, WWD looks at nine major fashion brands and how they’re participating in the 2020 Tokyo Summer Olympics. Read on for more. 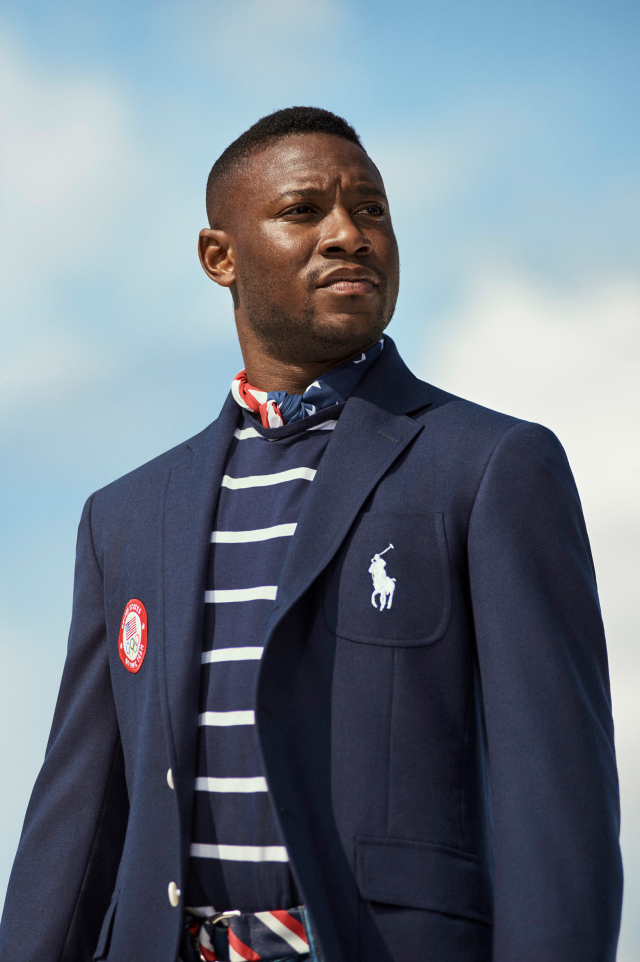 Lauren’s Tokyo Olympics designs include the brand’s RL Cooling technology for the first time. The wearable technology is said to be a self-regulating temperature cooling device that helps keep the athletes cool as temperatures and humidity have hit record highs in the Japanese city. 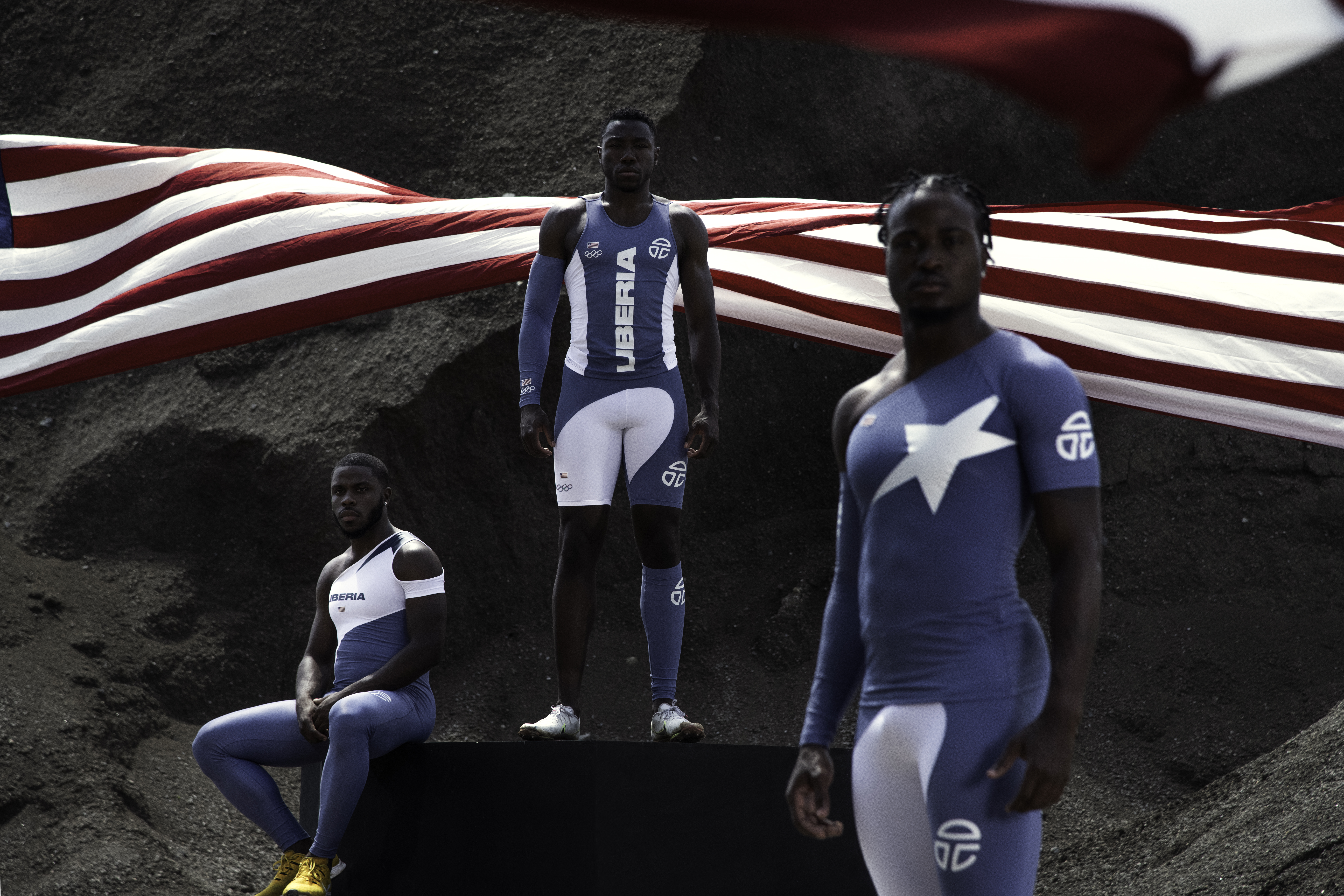 Telfar Clemens debuted his first runway collection in over a year at the Tokyo Olympics Opening Ceremony as the official designer for Team Liberia’s uniforms. The Liberian-American designer signed on as the country’s official sponsor, giving the team its first sponsorship deal since 2000, and created roughly 70 pieces that included the Opening Ceremony attire as well as the athletes’ competition uniforms.

Clemens was in Liberia when he connected with the country’s Olympics team, visiting his home for the first time in 30 years since his family fled when Liberia’s Civil War broke out in 1990. He created his first sketches for the Olympics collection while in Liberia, finding inspiration in the streets around him. Telfar’s collection was presented at a private ceremony outside of the official Opening Ceremony as he and the Liberian National Team gathered together to celebrate their participation in the games. 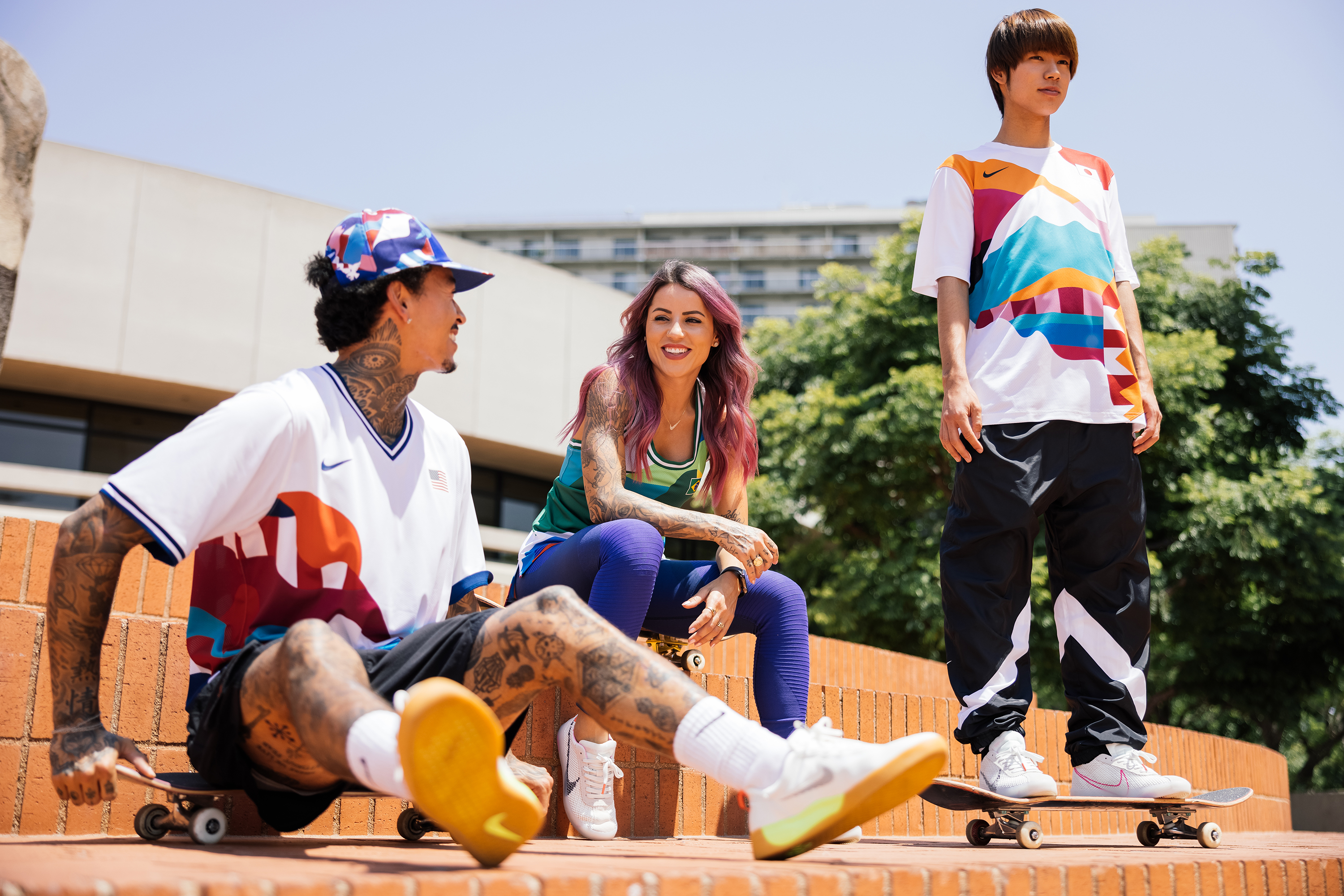 Nike has long provided athletes with their Olympics uniforms, but the Tokyo Games marked the first time the sports giant designed outfits for athletes competing in the newly added skateboarding competition.

The company teamed with Dutch artist Piet Parra to design a graphic-printed jersey that was inspired by different countries’ that were sending their skateboarders to the Tokyo Games, including countries like the U.S., Japan, France and Brazil. 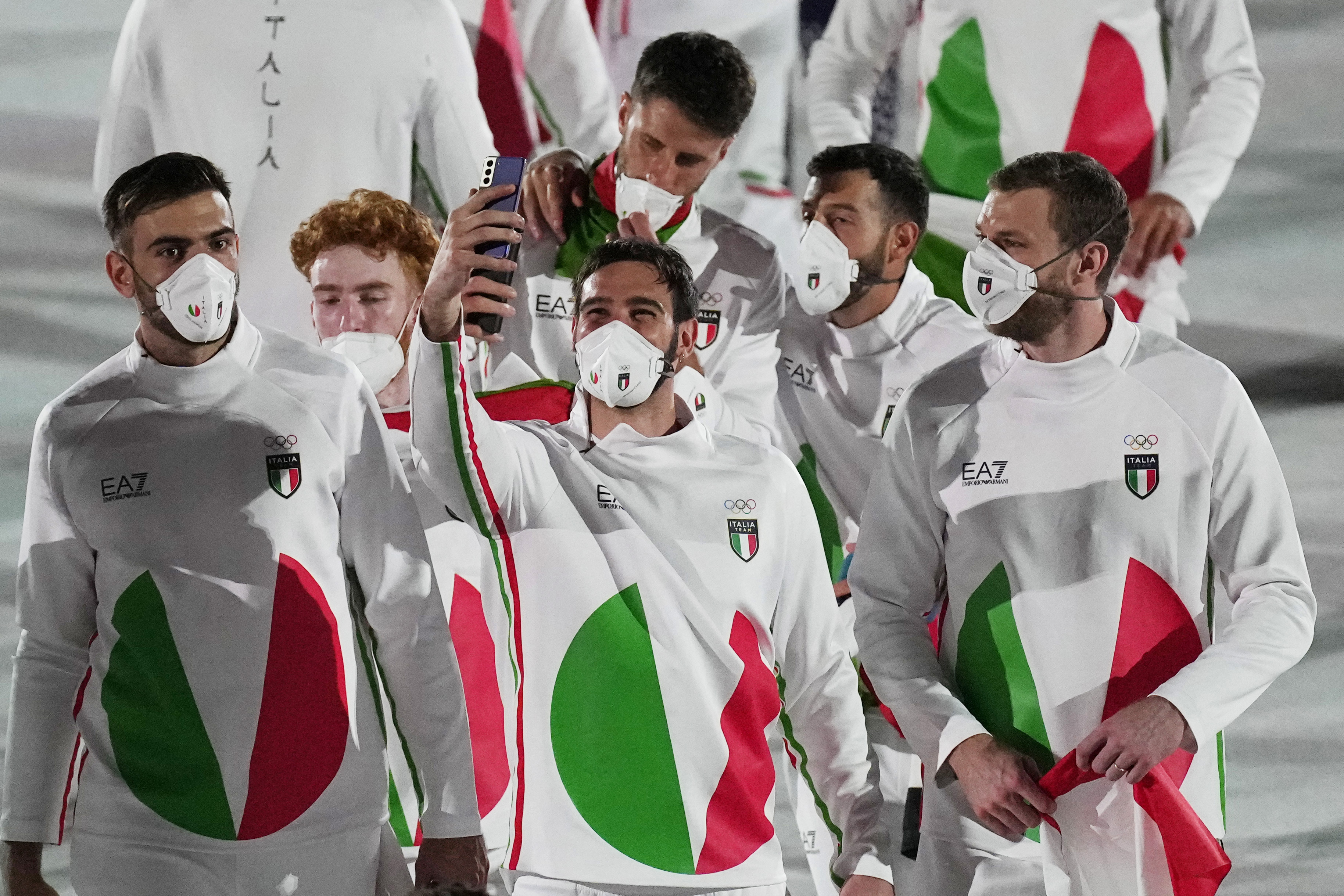 Athletes from Italy march during the opening ceremony in the 2020 Summer Olympics.
AP

Italy’s Olympic Team has been wearing Giorgio Armani-designed uniforms since the 2012 games, but this year the team’s high-fashion uniforms didn’t resonate with viewers like they have in the past.

The designer created a matching white sweatshirt and sweatpants for the Olympic team, which prominently featured a circular, Pac-Man-like image designed in the Italian flag’s colors. According to the design house, the motif was meant to depict a rising sun. 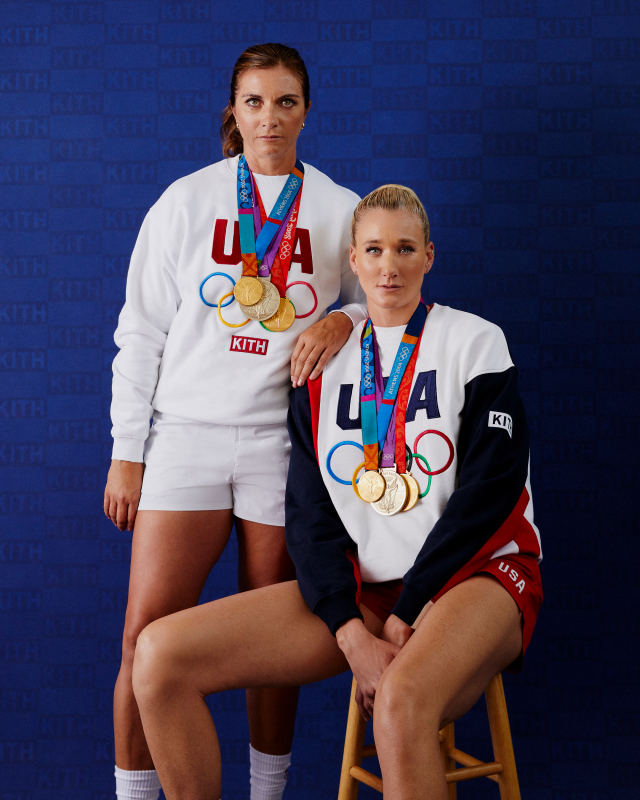 Kith tapped many Olympians for its Team USA capsule collection that celebrates the Tokyo Games. The collection includes athleisure and loungewear pieces that feature Team USA and Kith branding. 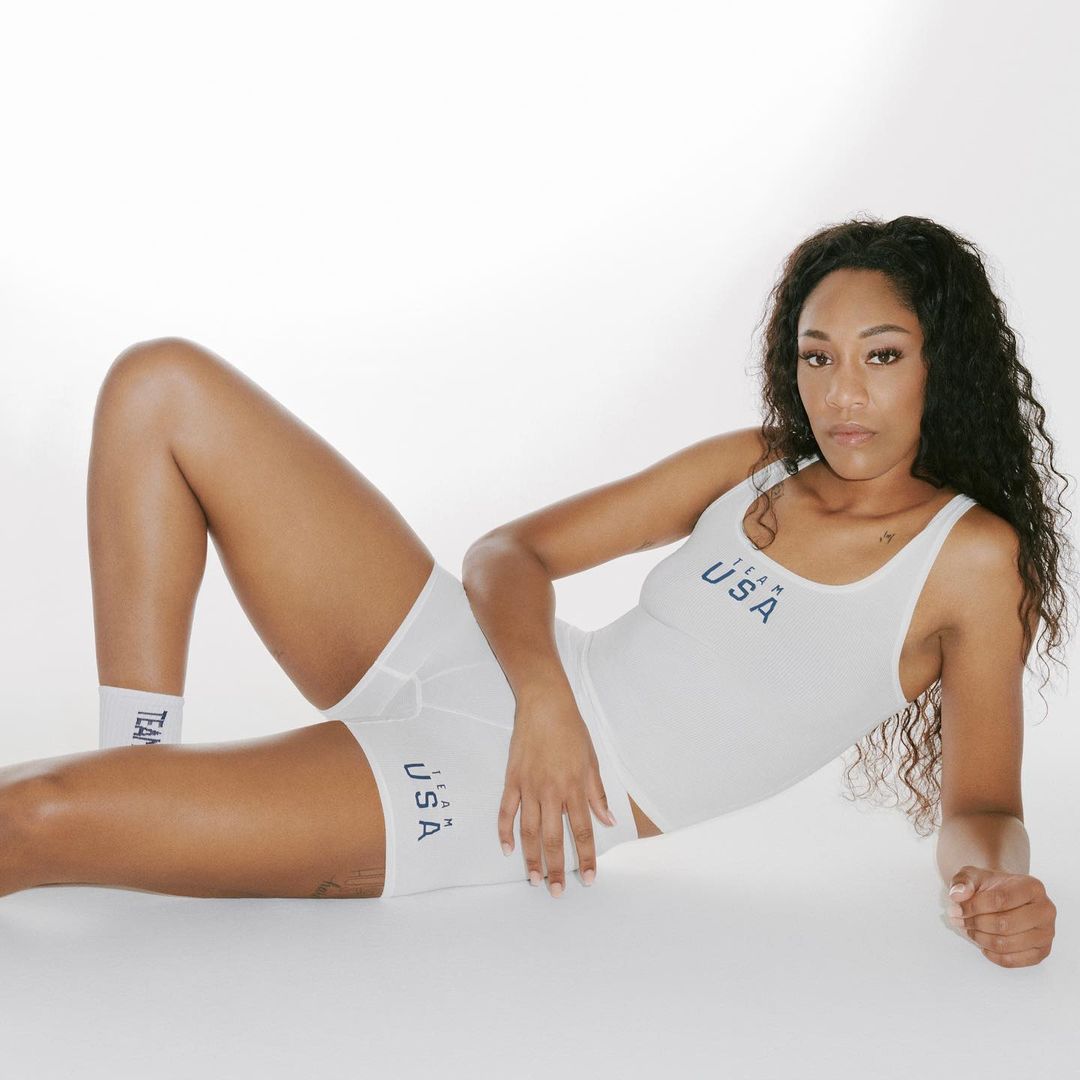 “Ever since I was 10 years old, I’ve heard every single detail about the Olympics from my stepdad,” Kardashian West wrote. “As I would watch the athletes compete, I would grow to understand the dedication and honor being part of the Olympics embodied. I traveled with my stepdad and family to all different cities for Olympics trials and track meets of @caitlynjenner’s and at every stop I would buy an Olympic T-shirt as a souvenir.”

The Skims Olympics pieces are also available as a limited-edition collection, which will be released on Skims’ website at a later date. 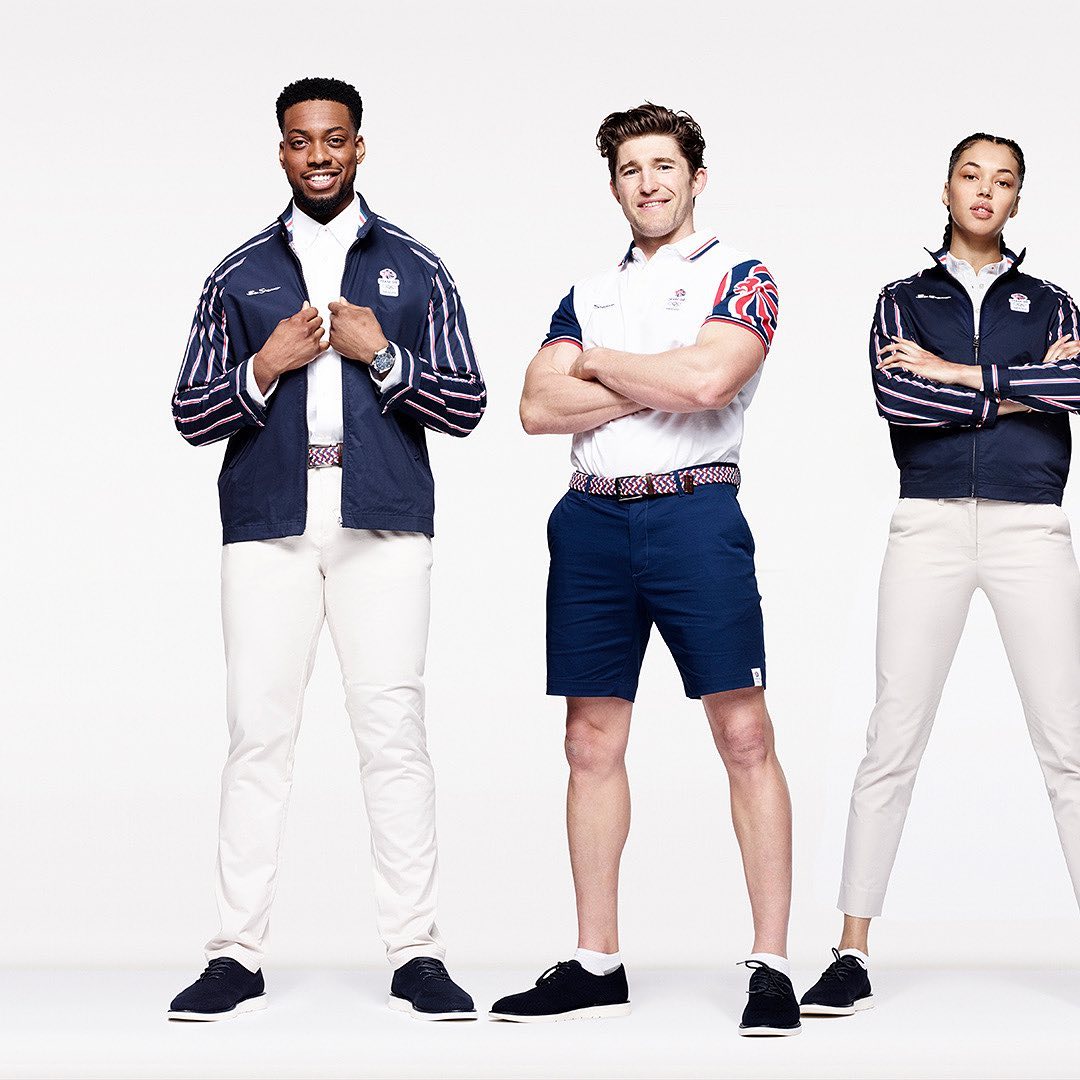 British clothing brand Ben Sherman signed on as Great Britain’s official sponsor for the Tokyo Olympics in a multiyear agreement. This marked the second time the brand designed the team’s official uniforms after providing outfits for the 2004 Athens Games.

The brand provided patriotic-themed clothing for the Opening Ceremony, which consisted of a Harrington jacket, a bomber jacket and a white polo shirt. The outfits will also be offered in a capsule collection.

Ben Sherman and Team Great Britain took the partnership to the next level by releasing a series of NFTs that featured digitized paintings of the athletes at the Opening Ceremony painted by Ben Mosley. This marks the first time an Olympic team created an NFT. 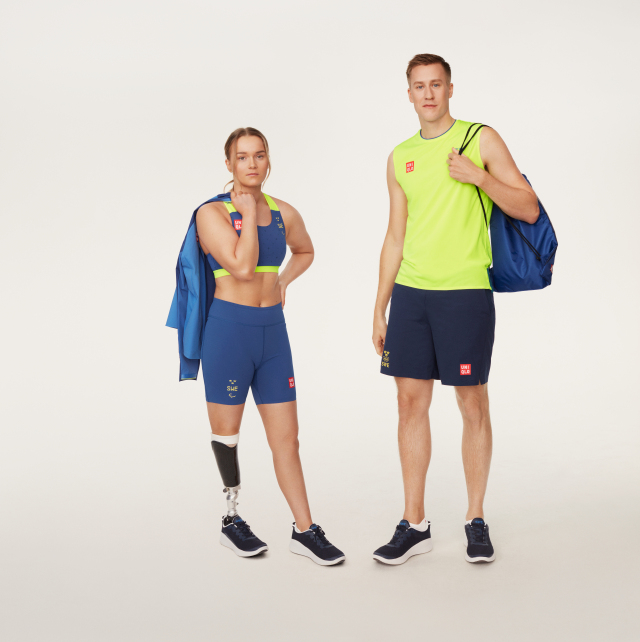 Uniqlo marked its first time sponsoring a complete Olympic team at the Tokyo Games by creating the official uniforms for Sweden’s Olympic Team. The team’s uniforms include the brand’s LifeWear concept with innovative production methods and performance fabrics.

The uniforms were designed by Uniqlo’s chief designer, Masahiko Furuta, and in collaboration with the Swedish athletes themselves in order to ensure the clothing would provide comfort and performance. 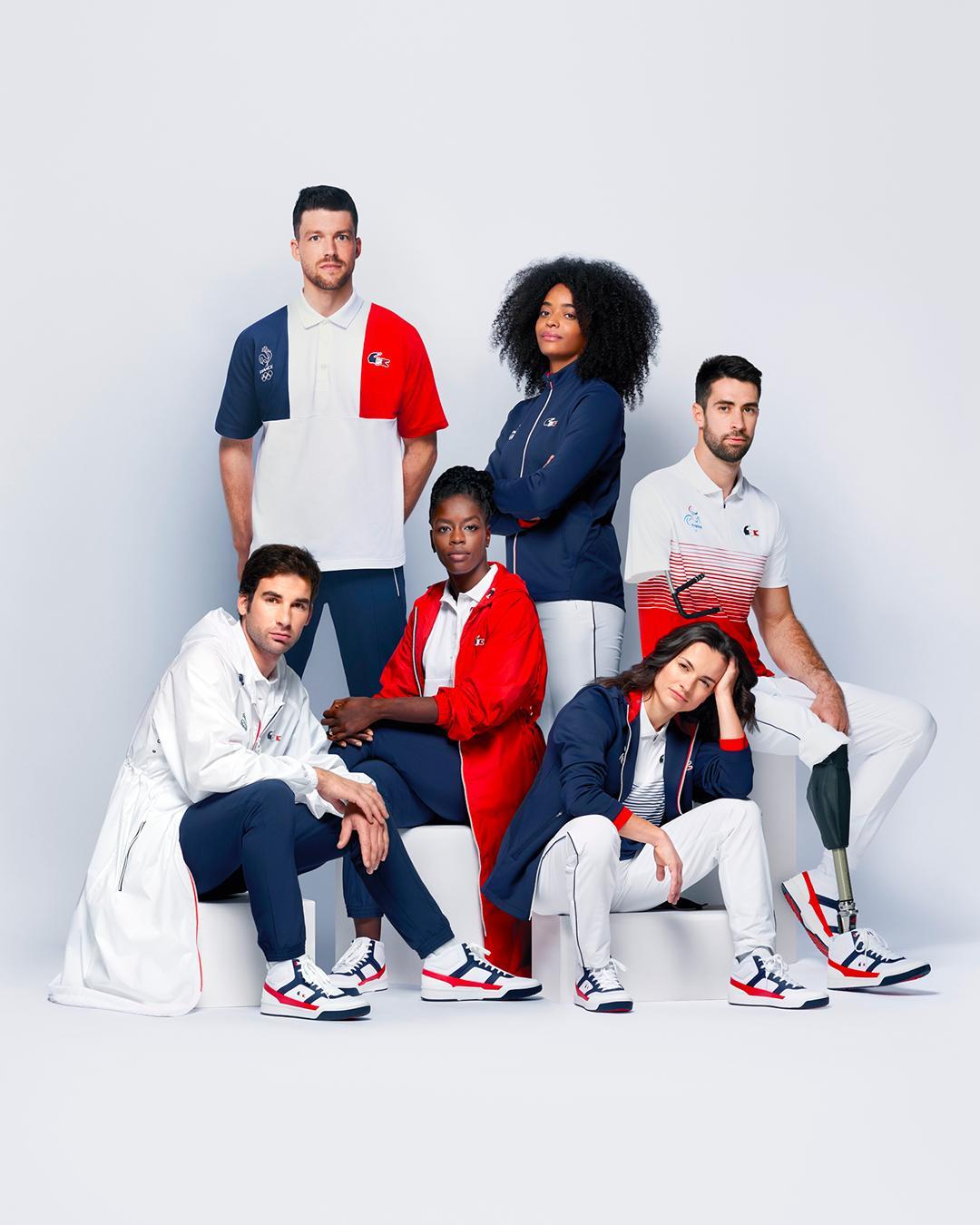 A Closer Look at the Tokyo Olympics Uniform Controversies

How Olympic Style Has Changed Over the Years

Zack Snyder Addresses Dwayne Johnson Trying To Save The SnyderVerse

A Cult Favorite MCU Character Will Reportedly Cameo In Shang-Chi

Slowthai postpones Happyland festival: “We couldn’t put the show together at the standard I wanted”